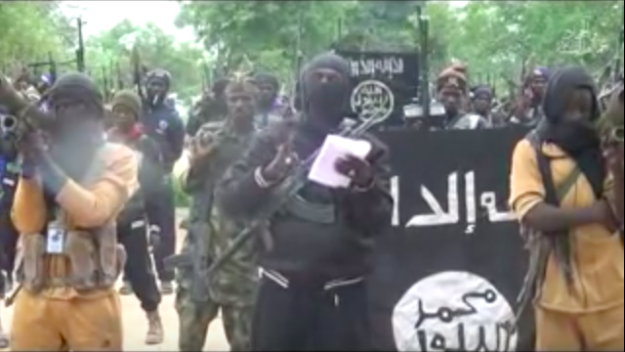 Boko Haram video was little over 24 minutes long and featured Abubakar Shekau. The first speaker spoke in both, Arabic and Hausa, directing his speech to Abu Bakr al-Baghdadi and to African and Western forces.

He initially focused on the appointment of Abu Mus’ab al-Barnanwi. The speaker said the group reached out to Abu Bakr al-Baghdadi eight times to warn about the commitment of al-Barnawi to the application of al-Sunna but never received any response. He then said that were surprised, just like the rest of the world, about appointing al-Barnawi and removing Shekau. Speaking on behalf of Shekau and his followers, the speaker confirmed they are committed and remain faithful to Shekau while still loyal to IS at the same time. Their decision is based on their loyalty to Shekau but also they don’t see al-Barnawi fit to lead them. Furthermore, the speaker talked about other issues that need to be addressed in private with al-Baghdadi without giving any indications.

Speaker then added the group will remain determined in its fight against its ennemies, referring to Nigeria and neighboring countries, and to their Western allies. Speaker directly threatened Nigeria by naming Abuja, the capital, as the main target. The first speaker then concluded by translating the same speech in Hausa. Shekau during the video.

In hist part, Shekau stated that the fight against infidels is just starting against Nigeria, United States, France, Germany, and United Nations. Also hinted that he does not plan to fight his brothers, referring to Abu Mus’ab al-Barnawi. He then made it clear that he is the emir of Jamaatu Ahl as-Sunnah li-Daawati wal-Jihad or Boko Haram not only in Nigeria, but in the whole world.