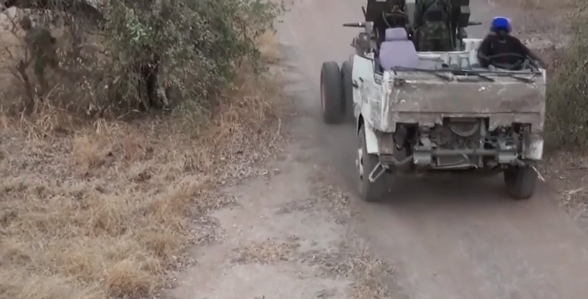 Boko Haram, the so-called Islamic State branch in west Africa, released a new video on 31 March 2016. This video came after Abubakar Shekau released a video where he appeared weak and defeated. In last week video, unlike previous ones, Shekau was not as animated as he used to. While Nigerian and regional forces repeatedly claimed the group have collapsed and been defeated, Boko Haram spokesman in the video stated that the group remains intact in Nigeria, Chad, Cameroon, and on the Nigerien borders. This despite all the meetings and collaboration between different countries to defeat Junoud al-Khilafa. Spokesman went to deny everything that it was said on the media, and fellow Muslims should not believe what was reported. Then confirmed that Boko Haram remains under the leadership of Abubakar Shekau. He concluded by providing support to IS supreme leader calling him Abu Bakr al-Baghdadi al-Qurchi.

Boko Haram spokesman did not have the same charismatic and animated delivery as Shekau. He was not as confident and struggled constructing sentences throughout the video. Of course the video has been taken down but I have a copy available upon request. Important things said in the video are added above but I am adding few screenshots of the video. Also including an image where a kid was hiding behind the tree before running away when last vehicle with rocket launcher drove by.

You can clearly see a kid on top left corner behind the tree running away.