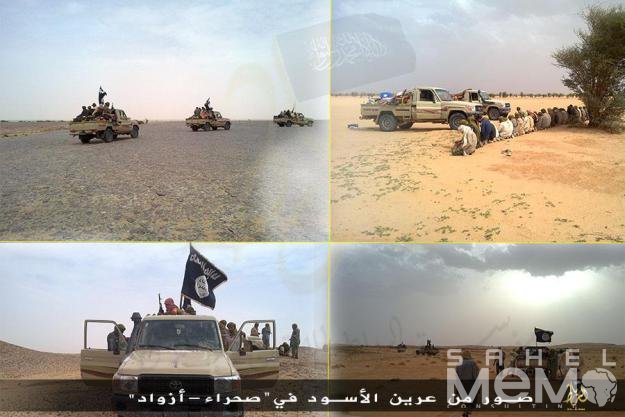 Violent extremist organizations (VEOs) operating in Mali remained active and operational in Mali throughout the month of July, especially Ansar al-Din. Attacks conducted in Mali were mainly carried by Ansar al-Din, targeting mostly the Multidimensional Integrated Stabilization Mission in Mali (MINUSMA), and Malian forces. This trend will most likely continue in coming weeks and months in efforts to undermine national and international efforts to stabilize the country. Malian forces suffered one of the deadliest attacks since 2012 when a joint operation by more than one group targeted Malian Army base at Nampala near Mauritanian borders. The incident further demonstrated both the ability of groups to conduct deadly attacks and to demonstrate that Malian Army remains unable to to prevent such attacks. The use of improvised explosive device (IED) remains the main tactic to target Malian and foreign forces, while targeting MINUSMA logistical convoys is in increase with the aim to disrupt peacekeeping operations.

Month of July was also bad in regards the implementation of the peace process. In July 12th, demonstrations by local population opposed to the process in Gao turned violent when Malian forces fired at protestors killing 3 and injuring more than 30. In July 21st fighting erupted between in Kidal between GATIA and CMA, two key actors in the Algiers peace accord. Further violent clashes also took place in July 31st indicating that violence and use of arms remain the strong negotiations language. 14 July 2016: Unknown gunmen on motorcycle fired their weapons at fuel tanks parked at a gas station in Gao. Fuel Tanks were fortunately empty.

20 July 2016: Malian and French forces discovered and destroyed cases of grenades, ammunition, and rockets in Gao. The discovery occurred at N’Jawa neighborhood, and according to a local witness the area was important hideout for Islamist militants during the occupation of Gao in 2012 by the Movement for Unity and Jihad in West Africa (MUJWA).

21 July 2016: Unidentified gunmen attacked CMA checkpoint at Timboukri, 30km of Ber, Timbuktu region. 7 killed, 1 injured. 3 MNLA members were initially taken before being allegedly executed by AQIM then sent to Ber along with the body of 2 CMA members taken on June 6thand June 20th.

31 July 2016: Gunmen assassinated a high ranked Malian Army official in front of his home at Timbuktu. The official was identified as Hamatta Ag Oumalha Ansary

Inter-Armed Groups Clashes and Other Violence

12 July 2016: Youth protests against Malian authorities and the implementation of the peace process turned violent. 3 protestors killed and more than 30 injured.

21 July 2016: Violent clashes erupted between Gatia and CMA forces at Kidal. Reportedly, at least 20 killed and more than 40 wounded.

11 July 2016: Unknown gunmen attacked merchant vehicle at Taoussa traveling from Timbuktu to Bourem. No casualties but several were injured.

17 July 2016: Gunmen attacked a merchant and his companion at Tassiga, near Ansongo. Robbers seized their motorcycle and killed the companion.