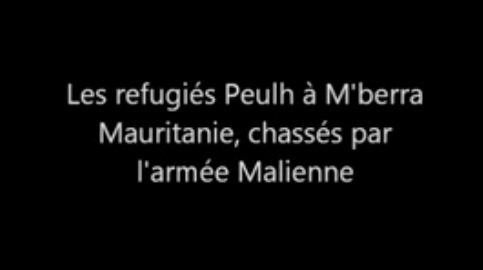 After rising to prominence in early 2015 the Macina Liberation Front (MLF) became popular for executing civilians suspected to have collaborated with the Malian forces. The  MLF also repeatedly targeted Malian forces in central and southern Mali, especially in Mopti region. However the Malian Army mishandled the situation and responded by conducting acts of abuse against civilians from Fulani community. Human Rights Watch (HRW) report released in February 2016 highlighted number of these acts from both sides. The recent violence between Bambara and Fulani communities was inevitable. The following comments recorded in May 2015 by Fulani families and notables indicates the seriousness of the issue that was never addressed. While majority of observers and journalists attribute violence in central Mali to the MLF, this appears to be more like settling accounts between armed Fulani and Malian Army. [I will talk in detail about this in a different post]

Note: Transcription is a full translation word by word and not being modified. I do have the full video but I only included screenshots. The recording is about 4mn06s. I am aware recently screenshots from this video circulated on social media speculating an MLF video to come out. This video has nothing to do with the MLF, but more about extractions against civilians and tensions between Bambara and Fulani communities.

Fulani notable: “Malian State started something that could not be tolerated. The way they started treating Fulani people will have consequences against them. I am calling all Fulani community in Mali, from Kayes to Kidal. Either the state [Malian] will chase us, or we will achieve our goal. We invite all Fulani of Macina and Nampala to wake up, either we will chase the Malian Army out or they will eradicate us. We can’t understand that we have inherited this land from out ancestors so that the Malian government and France would occupy us. We all have to fight to the last of us standing. Either we win this fight or loose. The cohabitation of Fulani and Bambara communities has ended; they will reap what they sow [get what they deserve].”

Fulani woman: “It’s a conflict imposed by the Malian government that brought us here. Malian Army stole our goods, tortured and executed our men. The Army left us nothing, stole our jewelry, our money, etc. They have arrested me with a Marabout (Modibo Gualel). They [captives] have all been shot or tortured and beaten by rifles. These are marks [showing her hands] when they put handcuffs on me all the way to Nampala.”

“Before were Tuareg and Maures [Arabs], and now Fulani. They [Fulani] became a project for the Malian Army. They kill us, torture us, steal our goods, and poison our wells. What’s left? So they want to kill us as well as our animals, and leave with the rest.”