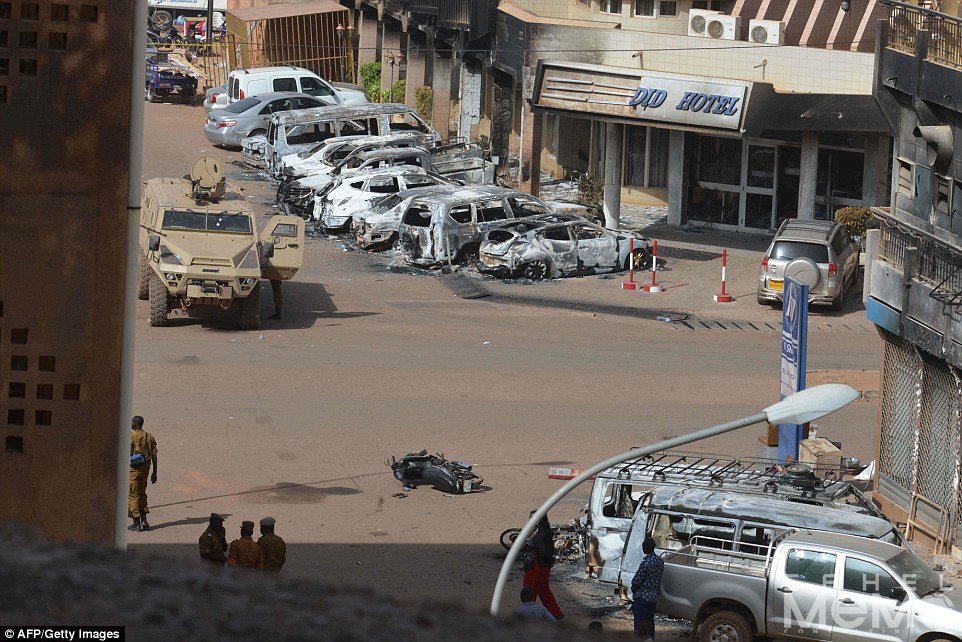 In less than a year Burkina Faso experienced attacks by different extremist groups, including al-Qaeda in the Islamic Maghreb (AQIM), the Macina Liberation Front (MLF) or Ansar al-Din south, and al-Murabitun of Adnan Abu Walid al-Sahraoui. Attacks on Burkina Faso reported to be carried by foreign nationals but recent report of Burkinabe leader within Ansar al-Din confirms recruitment efforts by extremist groups in the country. However this does not necessarily indicate a trend of radicalization among Burkina Faso population.

Compared to neighboring countries in the Sahel Burkina Faso have been relatively peaceful. However there is a noticeable increase of attacks and kidnappings conducted by violent extremist organizations (VEOs) operating in the area. In less than a year two kidnapping incidents and at least four violent attacks were registered in the country. On 04 April 2015, al-Murabitun while still have ties with the Movement for Unity and Jihad in West Africa (MUJWA) kidnapped a Romanian security officer from a mine in Tambao near borders with Mali and Niger. The hostage remains in hands of Adnan Abu Walid al-Sahraoui branch that pledged allegiance to the so-called Islamic State in May 2015. On 15 January 2016, an Australian couple was taken in Baraboule, also near the Malian border. The abduction was claimed by AQIM, the husband remains in caption while the wife was released in Niger days later.

The attack on Splendid Hotel and Cappuccino restaurant was the deadliest on Burkina Faso soil and garnered most of the media coverage. The incident took place 15 January 2016 when members of AQIM conducted suicide mission downtown Ouagadougou, killing 29 and injuring 100. In the same day at Tin Akoff near borders with Mali, suspected jihadists killed two gendarmes. The Australian couple was also abducted the same day. On 23 August 2015 a police station was attacked in the Oudalan region on the borders with Mali and Niger where al-Murabitun under Adnan Abu Walid al-Sahraoui is suspected to operate. Three police officers injured in the attack. On 09 October 2015 three gendarmes killed in an attack by unidentified gunmen but suspected to be members of the MLF or Ansar al-Din south. Reportedly there is now an Ansar al-Din branch in charge of operations inside Burkina Faso borders, and is led by a local identified as Boubacar Sawadogo. His name surfaced after the arrest of suspected number two man of Ansar al-Din south, Khalid Ibn al-Walid brigade, identified as Yacouba Touré. Yacouba Touré was reported to be in charge of supplying weapons to other members of the group in Mali but also in Burkina Faso.

Violent extremist organizations (VEOs) are posing real threat on Burkina Faso, especially on the borders with Mali and Niger. Security installations are the main target as 17 May 2016 incident demonstrated. Two policemen injured and attackers remain at large. Trend of attacking security forces likely to continue, as groups will seek to seize weapons and also to undermine local authorities. Armed groups will also exploit opportunities of kidnapping foreign nationals for ransoms. Furthermore, these types of attacks are an attempt to garner popularity among local population for recruitment purposes. However local communities in Burkina Faso have demonstrated more resilience to extremism than its neighbors. For instance, during my visit earlier this month I was told that local population and local religious figures recently stood up against a radical preacher in Djori, north of the country on the borders with Mali. To maintain and duplicate this type of resilience, Burkina Faso government and its local and international partners has to tackle grievances addressed by local population after recent political transition. This is important because VEOs in the region will continue to seek alternative refuge and sanctuary in countries like Burkina Faso due to increased pressure from French, MINUSMA, and Malian forces in Mali.