Moroccan Authorities Should be Praised and Not Criticized! 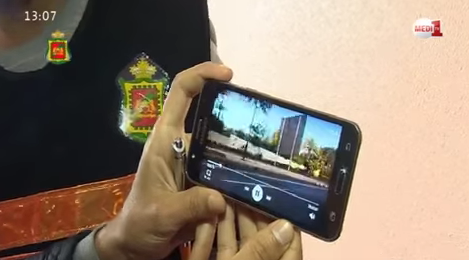 13 years after Casablanca attacks, Moroccan authorities did a tremendous job keeping violence off the country and its people and visitors safe, so thank you!

On May 13, 2016 Moroccan authorities dismantled a jihadist cell in Tangier with ties to the so-called Islamic State. This would have been a routine and incident local and foreign observers became accustomed to. Cells with ties to Islamic State in Iraq and Syria (ISIS) are dismantled in Morocco every month. However the fact that the main suspect was of Chadian citizenship it brought the issue to a whole different level and got more attention. Interior Ministry of Morocco stated that the suspect arrived from Chad to Morocco May 4th, 2016 with plans to establish an Islamic State branch east of Morocco, and was assigned to recruit and train Moroccans and Algerians attracted to ISIS jihadist ideology.

Surely there are a lot of questions to be asked about this arrest and about the information provided by Moroccan authorities but clearly local forces are not taking any chances. Initial investigations and video revealed that the suspect was in possession of plastic bags, powder and liquids used to make explosives. Additional items recovered in his apartment included pressure cooker, batteries, electric cables, metal balls, and armored vests designed to carry explosives. Investigators also discovered printed documents on how to build explosives, and video recordings of potential targets in Tangier, Morocco. Targets included hotels, military installations, security forces, and western diplomatic missions present in the country. Statement also said the suspect was able to gather all the information and materials with assistance from other members of the cell while no information were revealed about other suspects. To encourage recruitment the cell was aiming at kidnapping and executing members of local forces, in addition to foreign nationals.

These are images of items found at the suspect’s apartment.

Video of strategic locations in Tangier

The suspect was flagged and put under surveillance since his arrival to Morocco May 4th, 2016 to Casablanca international airport Mohammed V. Maybe a stretch but this could indicate ISIS will attempt more to depend on foreign recruits or sympathizers, notably from Sahel countries, to carry attacks in Morocco. Most of homegrown ISIS supporters traveled to Iraq and Syria to join ISIS, while majority of remaining domestic cell been cracked down by local authorities. This incident came couple weeks after Islamic State branch in Grand Sahara based in northern Mali released first statement threatening to target Moroccan forces, foreign interests, and peacekeeping members operating in southern Morocco. This is not the first time Morocco claimed to dismantle cells with ties to Sahel jihadist groups. In November 2012 Moroccan Interior Ministry announced that it has dismantled a jihadi recruiting cell that sent fighters to fight in northern Mali. In December 2012 Morocco also claimed that at least 20 fighters traveled to Mali to join the Movement for Unity and Jihad in West Africa (MUJWA).

Claims by local authorities in Morocco are difficult to confirm because of limited information shared with the public. Even Moroccans living in Morocco finding it hard to believe there is serious threat in the country. The availability of weapons and explosives is also something majority of Moroccan don’t take seriously. I used to have the same perception but that changed when gunfire exchange woke me up early in the morning December 2003 when a cell was dismantled by local security forces in my parents’ neighborhood. That was first time I ever-heard gunshots in my life and happened while visiting my parents at my hometown, Meknes. This incident was just six months after the Casablanca synchronized attacks of May 2003. The cell dismantled was planning attacks on local MacDonald and a Luxury hotel in the city. This incident and others were not widely reported as it is the case today with social media and international interest. That was also thirteen years ago when today’s jihadist groups in the region were non-existent. Today they are well connected, more organized, and more equipped than ever before.

Still fresh in everyone’s memory Morocco was already taking necessary steps to prevent other attacks similar to Casablanca, and threat was real. Morocco’s efforts were not limited to the use of force. During my next visit in 2005-06 I found out that some countering violent extremism (CVE) work was already in place to prevent radicalizing more youth. Next to my parents’ complex authorities [maybe with foreign partners] built a mosque, a youth community center, and soccer and a basketball court to occupy disadvantaged youth. During same visit I also found out, unfortunately, that someone I knew from same neighborhood traveled through European country to Iraq where he conducted a suicide attack with his wife, so there was a lot of work still to be done.

These examples from more than a decade ago demonstrate that threat in Morocco existed long before ISIS. Threat was there before international community and observers started paying attention in 2011-2012 when the country emerged as one of main exporters of fighters to jihadist groups in Syria and Iraq, and way before “foreign fighters” term became so sexy and money making. Until now Moroccan authorities succeeded at preventing violent attacks on the Moroccan soil. The approach is working and nations struggling are seeking their collaboration and assistance, especially European countries. ISIS and other extremist groups will continue to make efforts and exploit any opportunities to attack Morocco. However for now Moroccan authorities should be praised, and not criticized, for keeping violence out of the country.

Every summer before booking my trip to Morocco my wife asks me if it’s safe. My response of course is yes, it’s safe. Things could happen anywhere of course as we witnessed in more developed countries with more sophisticated security forces. But for now I am able to go every summer to enjoy my vacation and to visit my family. And this is true also for thousands of tourists, including those questioning claims and efforts made by Moroccan forces.

My Daughter enjoying peaceful view over the Mediterranean