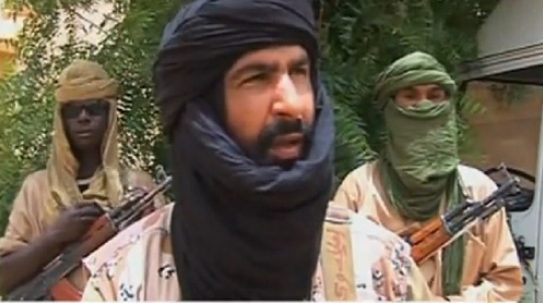 Al-Jazeera Arabic reported on 04 May 2016 to have received an audio recording from so called Islamic State in Grand Sahara. Adnan Abu Walid al-Sahraoui, leader of the group and who pledged allegiance to Abu Bakr al-Baghdadi in May 2015, delivered the statement. Abu Walid al-Sahraoui called to attack the United Nations Mission for the Referendum in Western Sahara (MINURSO) posts in the area. In addition to attacking Moroccan forces and western organizations, the statement also called on targeting western tourists present at different resorts throughout Morocco. Abu Walid al-Sahraoui encouraged all Muslims present on the land of Maghreb to pledge allegiance and join the Islamic Caliphate.

The timing of this statement came after long period of silence by Abu Walid al-Sahraoui. Since pledging allegiance to Islamic State the group went into hiding and have not conducted any notable attack. Abu Walid al-Sahraoui’s men are believed to be holding Romanian hostage taken from Burkina Faso in April 2015. While threats are to be taken seriously, it is worth noting that the group operated mainly in Gao region on the borders with Niger and maybe in central Mali on the borders with Burkina Faso. Thus is unclear how much access and capabilities al-Sahraoui’s men have to seriously threaten southern Morocco.

Neither MUJWA or AQIM, or so-called Islamic State in Grand Sahara conducted violent attacks in southern Morocco despite notable concerns due to the occupation of northern Mali by jihadist groups in 2012. The only notable incident close to the area is the kidnapping of three humanitarian workers in October 2011 from Tindouf camp in Algeria. The kidnapping was later claimed by MUJWA.

This is not the first time a jihadist group released a threat message to Morocco. However Morocco remains the only North African country not to experience violent attacks by cells operating under Abu Bakr al-Baghdadi. Important number of Moroccan fighters joined jihadist groups in Libya, Syria, and Iraq. In response Morocco implemented several new policies and program to reduce threat of returning fighters. Moroccan authorities also dismantled important number of armed cells tied to Islamic State.