Violent extremist organizations (VEOs) operating in Mali remain determined to disrupt efforts by Malian government and its partners to stabilize the country. VEOs currently operational in Mali include Ansar al-Din, the Macina Liberation Front (MLF), al-Qaeda in the Islamic Maghreb (AQIM), and the Movement for Unity and Jihad in West Africa (MUJWA or MUJAO). In March however, Ansar al-Din was the most active, claiming 6 out of the 17 attacks. All groups appear to maintain foothold in their areas of operations, while attacks on neighboring countries demonstrate increased collaboration, and intention to expand, especially AQIM.

The Multidimensional Integrated Stabilization Mission in Mali (MINUSMA), French, and Malian forces will remain the main target. However VEOs will continue to target any suspected collaborators with the Malian and foreign forces, including members of armed groups, like the National Movement for the Liberation of the Azawad (MNLA).

Since the French intervention AQIM and allies relied mainly on the use of improvised explosive devices (IED), this tactic continued in March, 9 incidents IED related attacks. Same trend was observed in recent months, and most likely to continue in coming months. AQIM and allies will also attempt to conduct attacks similar to Grand-Bassam and Ouagadougou for publicity and recruitment. Worth noting increased armed robberies in northern Mali, I recorded at least 15 armed robbery for March alone, and this likely to continue largely due to access to weapons, economic hardship among youth, armed former rebels, tribal tensions, and lack of permanent presence and regular patrols by security forces in remote areas.

08 March 2016: Ansar al-Din launched rockets on a remote base of Barkhane at Ajrir, 60km east of Kidal. [Ansar al-Din claimed the attack]

10 March 2016: Allegedly unknown gunmen kidnapped a local identified as Houssein Badi and his son near Timbuktu. French forces supposedly arrested two individuals suspected to be involved in the kidnapping.

21 March 2016: Three gunmen carried an attack on Nord-Sud hotel in Bamako. The hotel is headquarters of a European Union Training Mission in charge of training Malian security forces. One attacker killed, one arrested, and one escaped.

21 March 2016: Local witness stated that suspected members of unknown VEO were behind the assassination of the son of Ouroualey village chief. Village chief is identified as Hamadou Boura and his son as Amadou. 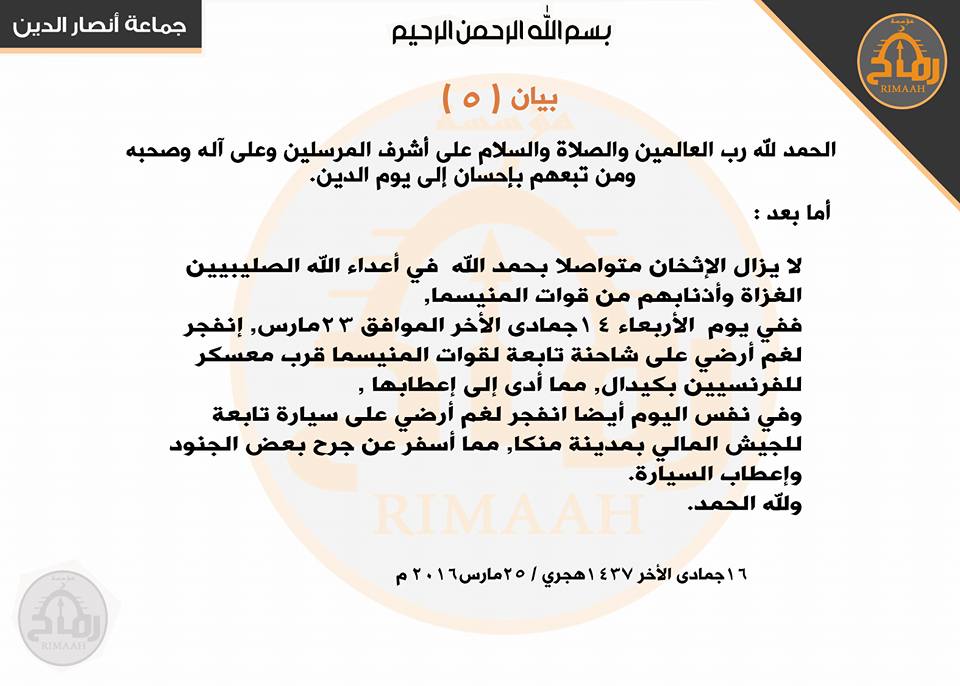 13 March 2016: Chadian peacekeeper opened fire on three of his colleagues at MINUSMA camp in Tessalit. Two killed and one injured.

16 March 2016: Allegedly members of CMA exchanged fire between themselves at Ber, 60km east of Timbuktu. At least one reportedly killed. Reasons for tensions remain unclear and a meeting was held the following day to resolve the issue. 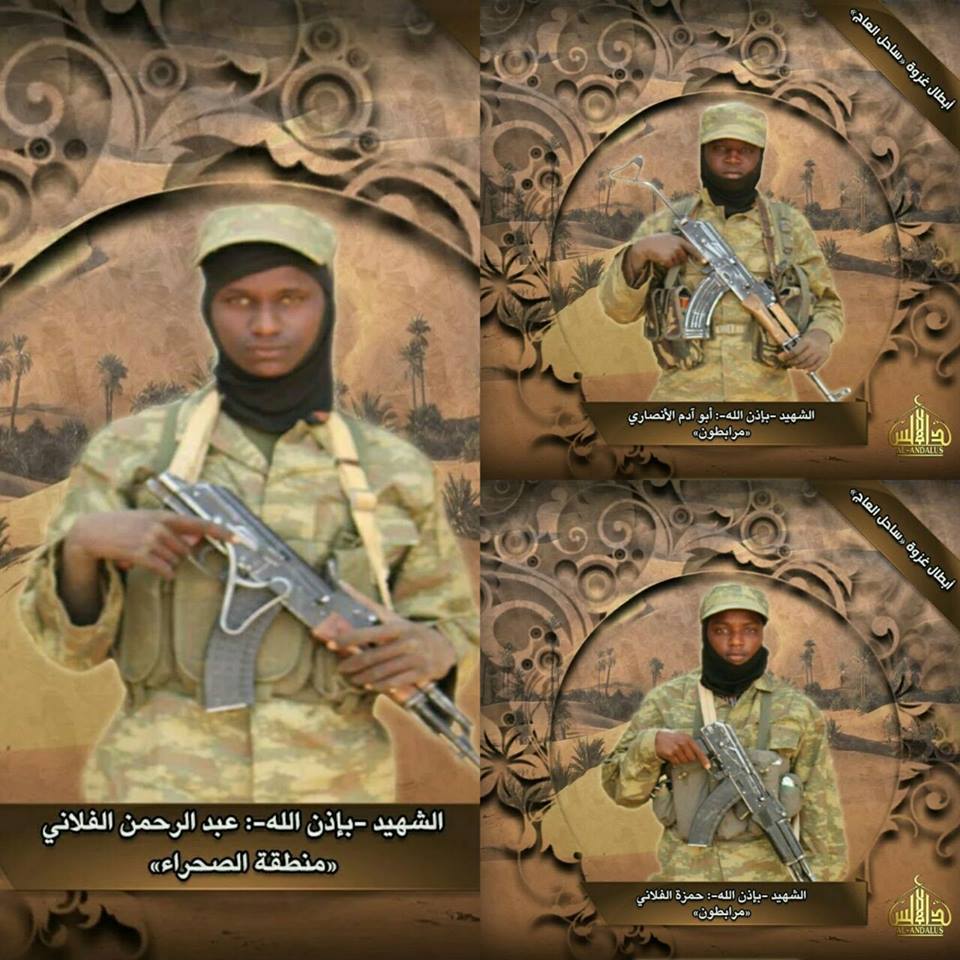 21-26 March 2016: Four suspects involved in the attack on Grand Bassam hotel, Cote d’Ivoire arrested. Based on initial investigations and according to Ivorian security officials the planner of the attack, and Ouagadougou attack, is based in Central Mali. Security forces released an image of main suspect, identified as Dallah Kounta (see image bellow). 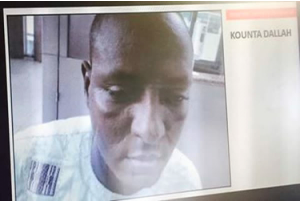 On 25-26 March 2016, Malian forces arrested two suspects involved in the AQIM attack on Grand-Bassam hotel, Cote d’Ivoire. First suspect was arrested at Gossi and the second at Goundam.

29 March 2016: Malian security forces arrested a key leader of southern branch of Ansar al-Din. Leader was identified as Souleymane Keita, and was arrested on the borders with Mauritania near Sokolo, Segou region couple days ago before being transferred to Bamako March 30th. Souleymane Keita is reportedly head of Katibat Khalid Ibn Walid, but often referred to as Ansar al-Din southern branch. Allegedly, Keita was heading to Timbuktu before trying to reach Iyad ag Ghali in Kidal region.

The reporting about Keita are conflicting and confusing. While Jeune Afrique said Souleymane Keita was born in 1968 at Kangaba, Mali near Guinean borders, other reporting said he was born in Senegal. While both reporting indicated that Keita traveled to Egypt, the Maliweb article said that’s where he received military training before returning to Bamako where he met and started collaborating with ag Ghali. Keita reportedly recruited Talibé for Ansar al-Din and was behind several violent incidents in Bamako. If Keita as important as the media claims, this is a huge blow to Ansar al-Din, especially in terms of its operations in the south.

04 March 2016: Armed bandits fired and injured a civilian who refused to give up his belongings at Fatakara village, 15km from Goundam. Radio Djimba Bado

08 March 2016: Malian police seized 50kg of drugs. The suspect is of Burkinabe citizenship.

08 March 2016: Cote d’Ivoire customs seized 6000 ammunition of 12mm caliber being smuggled from Mali at Pogo village checkpoint on the borders with Mali.

22 March 2016: A vehicle taken by unknown bandits on Goundam – Timbuktu route. Members of the MNLA recovered the vehicle by Toukabangou and returned it to its owner. Source: Radio Bouctou

24 March 2016: Local witness reported that unknown gunmen attacked and burned merchandise storage at Talhandak, Kidal region on the borders with Algeria. The town is a transit hub for licit goods and fuel from Algeria into northern Mali. Also, the village has presence of AQIM and Ansar al-Din fighters.

30 March 2016: Local witness reported that an MNLA member was taken 40km north of Kidal. Other sources claimed it was an armed robbery to take his motorcycle.

30 March 2016: Armed bandits attacked a vehicle transporting civilians in Bourem. While no casualties or injuries occurred, passengers were robbed of their money.