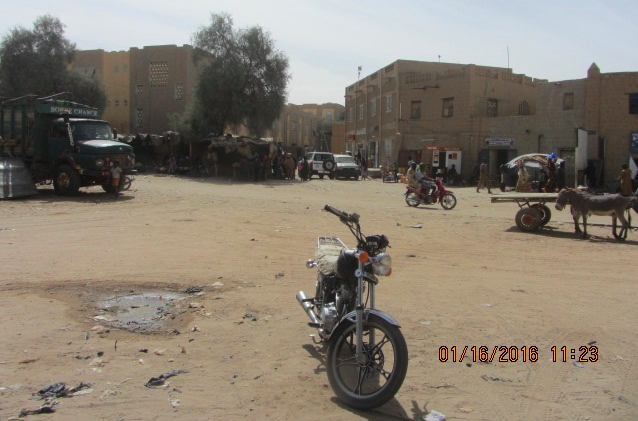 Al-Qaeda in the Islamic Maghreb (AQIM) is making noise again in northern Mali, thanks to its Grand Sahara branch, based in Timbuktu region. AQIM been in the news for the past couple months more than it has been for the past two years. AQIM conducted and claimed responsibility for spectacular and small scale attacks that garnered the international attention the group was striving for. The group also stepped up its media campaign and been releasing regular high-quality videos the past two months. Popular recent acts by AQIM include two kidnappings, a swiss national in Timbuktu, Mali, and an Australian couple in Burkina Faso near Malian borders. Although later was conducted far from Timbuktu, it was still claimed by AQIM katibat Grand Sahara. The same AQIM branch, in collaboration with al-Murabitun, was behind both attacks that targeted hotels in Bamako, Mali and Ouagadougou, Burkina Faso. Because of the number of foreign nationals killed, both attacks surely got the world attention, exactly what AQIM wanted. While many observers insist this rise is in competition with the so-called Islamic State, this is more important for AQIM in terms of recruitment of locals, especially after the group was weakened by the French intervention. But this also the group never disappeared or left Timbuktu region.

AQIM occupied Timbuktu from April 2012 until it was chased by French forces in January 2013. True the group was no longer governing the city but most of its fighters fled to neighboring villages where there is little to no presence of Malian forces. Bamako and Ouagadougou attacks got the international attention but the international community rarely mentions acts of violence conducted by AQIM around Timbuktu against locals suspected to have collaborated with foreign and Malian troops (see more on my previous post on AQIM in Timbuktu). The group might have went into hiding modes but never left the area. French, Malian, and MINUSMA troops never had their presence felt in the small villages where AQIM have been working and building strong ties with local communities for years. Sporadic and irregular patrols by these troops never seriously threatened AQIM cells and collaborators in the area. Attacks conducted by AQIM in Timbuktu region demonstrated that the group was well informed, indicating AQIM maintained and maybe improved existing local ties. In November 2015 for instance, fighters of AQIM led by Talha al-Liby showed up at a local community meeting north of Timbuktu, in the village of Boudjbeha to be precise. With smiles on their faces al-Liby and his deputies interacted comfortably with local notables participating at the meeting. In addition to the friendly exchanges, al-Liby and his fighters publicly warned against collaborating with the French forces. After three years since supposedly AQIM was “defeated,” al-Liby and his men, while greeting the crowd at Boudjbeha, never appeared to be concerned or worried about being targeted by French or Malian forces.

More recently, I mean today [06 February 2016], AQIM released a statement to claim responsibility of the attack in Timbuktu that took place a day before. The attack targeted Palmerie hotel used by MINUSMA police as a camp. According to the statement, the camp was first targeted by a vehicle-borne improvised explosive device (VBIED) driven by an individual identified as al-Qandahari, an Arab decent from Oulad Idriss clan. Oulad Idriss of Bérabiche are Arab communities based in Mauritania and northern Mali, especially in Timbuktu region. Oulad Idriss community in Timbuktu region believed to have strong ties with AQIM through mariages and business activities. Although this doesn’t tell us much but it’s highly likely AQIM in Timbuktu region, led by Yahya Abu al-Hammam and Talha al-Liby, maintains an influence that should not be underestimated. Recent attacks and kidnappings indicate that despite the French intervention in 2013, Grand Sahara of AQIM in Timbuktu region continued to recruit and train local youth to carry suicide missions in the area and beyond.